The guberniya are like our "counties". Thus, if I live in White Plains, the county center of Westchester County, New York State it is like living in Vitebsk, Vitesk. But if I live in Scarsdale it is like Lepel', Vitebsk, Vitebsk gubernia. Boston, Suffolk, MA; Philadelphia, Philadelphia County, PA. The little shtetls of our ancestors were 300 to 3000 people. Sort of like Flushing, Queens County, New York City, NY is equal to Beshincovicki, Lepel', Vitebsk, Byelorussia. When grandpa said he came from Minsk he might have lived 10-15 miles from Minsk (City) in Shchedrin (village), Bobrujsk (district), Minsk (guberniya), Belarus (state)!

Furthermore, political boundaries changed. Parts of the Ukraine today, were in Poland before the Partition. Similarly, parts of Vitebsk guberniya shifted to Minsk guberniya or to modern day Latvia.

PRONUNCIATION
Pronunciation varied, so they way the immigration clerk wrote the manifest varied. Similar misspellings occurred with the Declaration of Intent and later the Petition for Naturalization. In Russian the name is written and pronounced Sverdlov. In Polish it is written Swerdlow but pronounced Sverdlov. The Yiddish pronouciation varied, too.

SWEDLOW
Sore Swerdlow, the oldest sister of (first) Premier Yakov Mikhailovich "Andrei" Sverdlov, (1885-1919), the Russian revolutionary and Communist leader, emigrated with her husband from Libau on 23-Jan-1913 and arrived in the Port of New York on the Steam Ship "Birma" 15-Feb-1913. Her husband was her cousin, Dawid Swerdlow. Everyone stated they were born in "Palatzk" [sic], e.g. Polotsk, Belarus, and they left from a friends home in "Krementicz" [sic], e.g. Kremenets, Ukraine (spelled Krzemieniec in Polish) located at latitude/logitude 50°06' / 25°43. The ship manifest reads Dawid Swerdlow husband...thus we know David Sverdlov is the correct pronouciation. Sore, wife, is Sara/Sofie. Schmuel, age 5, becomes Samuel. Mowscha, age 3, is the endearment name for Mosche. Later he is Morris Swedlow. Chaie Swerdlow, age 9 months, later will be know as Ida Swedlow. They are going to David's brother "M. Swerdlow at 502 West 125th Street, New York, NY."


SWERDLOFF
Hirsz Swierdlow arrived in the Port of New York, on the steam ship "Finland" from Antwerp, Belgium. It was December 31, 1922. Hirsz was 17 years-old. He had left his sister, Chaja Swierdlow in Glebok, Poland to go to his brother Louis Swerdloff who lived at 228 South 59th Street in Philadelphia. Chaja lived in Glebokie (Polish; Glubokoye in Russian), Belarus. 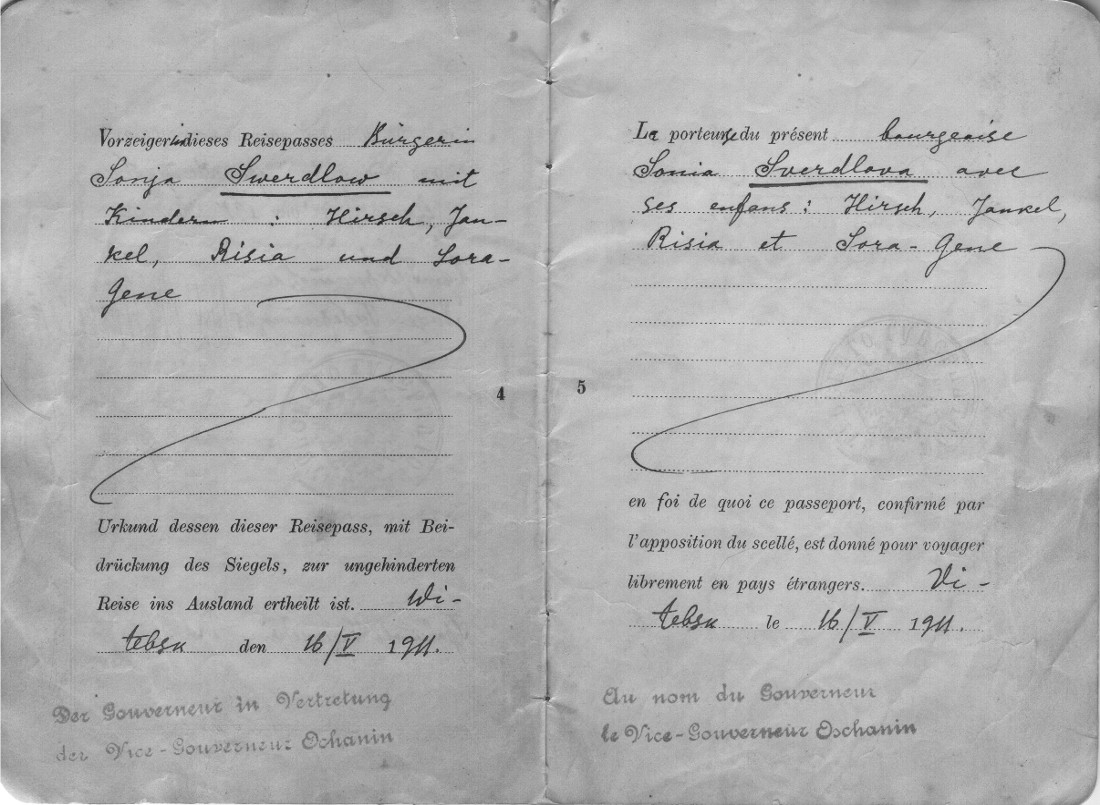 Return to top of page One can create wonderful family histories if there is a lot of detail. Such an example is Movsha Sverdlove.